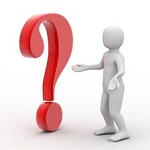 One of the most prominent scholar of the Kufan school was Amir bin Sharhabil ash-Shabi. He was the luminary of his age and the most learned in jurisprudence among his contemporaries. He narrated traditions from Aishah,

Abdullah ibn Umar, Sa’ad bin Abi Waqas, Jamharah and so many more that it was said that he met more than five hundred sahabah – companions – (may Allah be pleased with them all).

For this reason, he had retained a great deal of knowledge, as Muhammad bin Sirin said, “I had seen him asking for legal opinions at the time when there were many sahabah in al-Kufah. Despite his extensive knowledge, he would hold back from giving a fatwa such that, more often than not, he would only say ‘I do not know’, because he would consider it merely half of the knowledge.”

Ash-Shabi said, “Verily, we are not jurists but we merely narrate the ahadith that we heard, whereas if a jurist learns something, he does it.”

One of his sarcastic jokes was related by al-Amash, who said, “A man came to ash-Shabi and said, ‘What is the name of Iblis’ wife?’ Ash-Shabi answered, ‘That was a wedding that I never witnessed’.”