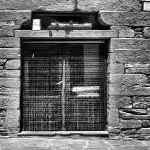 One night, having no place to say, Ahmad ibn Hanbal went to a masjid to sleep. Yet the caretaker refused to let him stay the night. Ibn Hanbal insisted on his right. Finally, the caretaker dragged

Ibn Hanbal to the door and threw him from the masjid. In the street, he was found by the baker.

The baker, not knowing who he was, invited Ibn Hanbal to come with him. He offered the great scholar food and a place to sleep. Then the baker returned to his work.

Ibn Hanbal watch as he mixed and kneaded the dough, tended the fire, and pulled hot loves from the oven, all the while uttering remembrances of Allah. Finally, Ibn Hanbal asked the pious baker what inspired him so. The baker responded saying he did as he did in thanks to Allah who had answered all his prayers. All save one. When Ibn Hanbal asked what that unanswered prayer was, the baker responded: “To see Imam Ahmad ibn Hanbal.” At this, tears came to Ibn Hanbal’s eyes and he told the baker, “I am Ahmad ibn Hanbal and I was thrown from the masjid to meet you.