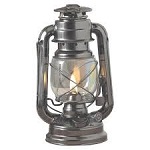 One night some people were spending the night with Umar bin Abdul Aziz (Rahimahullah – May Allah have mercy upon him) when his lamp died out and so he stood up to fix it. It was said to him: “O Amir al-Muminin! Can we not

On onther occassion, he said to his maidservant one day: “O maid, come and fan me.”

So she got up and began to fan him but while she was doing that she became drowsy and fell asleep. Alarmed by her reddened face and the sweat pouring off her, Umar began to fan her but when she woke up, she was so startled at what she saw that she put her hands over her face and began to scream.

However, Umar calmly said to her: “You are only human like me; and you were caught by heat the same way I was, and I wanted to fan your face in the same way that you fanned mine.”