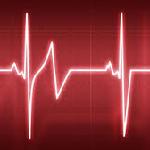 and at one point seemed on the threshold of death. His family gathered around him and began to pray. More people came as they heard of his state. All the people around him were evoking the name of Allah saying: “There is no God but Allah.” His son sat by his head urging his weakened father to repeat the creed. Yet to his son’s dismay, Imam Ibn Hanbal said with strength: “No! No!” His son pressed him to say La ilah illah’Llah. But he kept saying: “No…not yet, not yet.”

When Imam Ahmad came back to his senses, his son asked him about his statement. Imam Ahmad replied: “Shaytan came to me to try and lead me astray and I told him: No! No! Then he came again and said: “Ahmad! You are free [meaning, I have lost you].” To this, I replied: No…not yet, not yet.”

As Imam Ahmad taught us, none of us is free from the assault of Shaytan until the Angel of Death finally takes our soul. And we must fight him until the uttermost end.