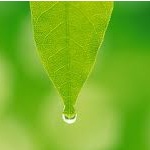 Sufyan Ath Thawri (d. 161h) was one of best scholars our ummah ever had. He was well-known for his extensive knowledge of halal and haram – what is permissible and what is forbidden

– and of the Science of Hadeeth. But he is especially known for holding fast to the sunnah  amr and nahy – enjoining good and forbidding evil.

Imam Ath-Thahabi who wrote Sufyan’s biography stated that when it came to amr and nahy be never feared anyone but Allah. The stories Ath-Thahabi narrated of him and the Al-Mansour, the strong Abbasid Caliph, indicate that Sufyan held himself to the highest standards of knowledge and courage. Once he was making tawaf while in Makkah when Al-Mansour saw him. He went to him and patted him on the shoulder but Sufyan did not recognize who he was. After introducting himself, Al-Mansour asked Sufyan for a sincere advice. Sufyan firmly declined telling him, “Have you implemented wat you know (of Islamic Shari’ah) so that (there is a need) for me to teach what you do not know?” And when the Caliph inquired, “why don’t you visit me?” Sufyan told him, “Because Allah has warned against such visits, as He says in the Qur’an : “Do not incline to the transgressors, for then the Fire (of Hell) shall touch you,” (11:113). That encounter was the first of a few others which ended in Sufyan being persecuted by Al-Mansour until the latter’s death.