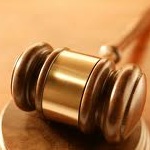 Uthman Ibn Affan (may Allah be pleased with him) had the quality of justice. It was narrated from Ubayd-Allah ibn Adiyy ibn al-Khiyar that he entered upon Uthman when he was being besieged

and said to him: You are the leader of the people, and there has befallen you what you see, which is that a man who led us in prayer is the leader of this turmoil – meaning Abd al-Rahman ibn Udays al-Balwa – but I shall refuse to pray behind him. Uthman said to him: Prayer is the best thing that the people can do. If the people do something good then join them in that, and if they do something bad then avoid their bad deeds. (al-Bukhari, no. 695)

Ibn Shabbah narrated with his isnad that Uthman ibn Affan entered upon a slave of his who was feeding his she-camel, and he saw something in the feed that he disliked, so he took hold of the slave’s ear and tweaked it. Then he regretted it and said to his slave: settle the score. The slave refused, but he did not leave him alone until he had taken hold of his ear and begun to tweak it. Uthman said to him: Pull hard, until he thought that (the slave) had pulled as hard as he had done. Then Uthman said: How easy it is to settle a score before it is settled in the Hereafter. (Akhbar al-Madinah by Ibn Shabbah, 3/236)