What is the Mushaf? 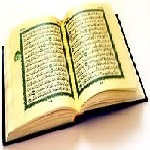 ‘Mushaf’ literally means “scroll”. It is commonly translated as ‘codex’. When Muslims refer to the mushaf, they mean the pages, ink, and binding that contain a writing of the Quran. So the mushaf

is the physical book that we pick up, and open, and close. Hence there are many mushafs, or masahif (the Arabic plural for mushaf). The Quran is the word of Allah.

There is only one Quran, and it is not tangible. So it is not correct to say: “I put the Quran on the shelf”. Nor is the common misuse of the plural ‘Qurans,’ in the reference to copies of the mushaf, correct. In fact, it is ignorant and offensive. Rather, one should say masahif, plural of mushaf. One say: “I put the mushaf on the shelf”. Likewise, it is more accurate for one to say: “Put the Quran into practice”, than it is for one to say: “Put the mushaf into practice”.

The Madinah mushaf is commonly used because of the clarity and straightforwardness of its script. It is 604 pages, each page being 15 lines and beginning and ending in a verse. This 15-line page, which begins and ends with a complete verse, was first begun by the Turks, who called it Dar Kanaar, which is Turkish for “in the margin”. They called it thus because every page has a margin or border going around the edges of the page, and the words are written within that border. This border keeps the pages neat and orderly.

One Liners – An Inspiration

No Escape From Tests