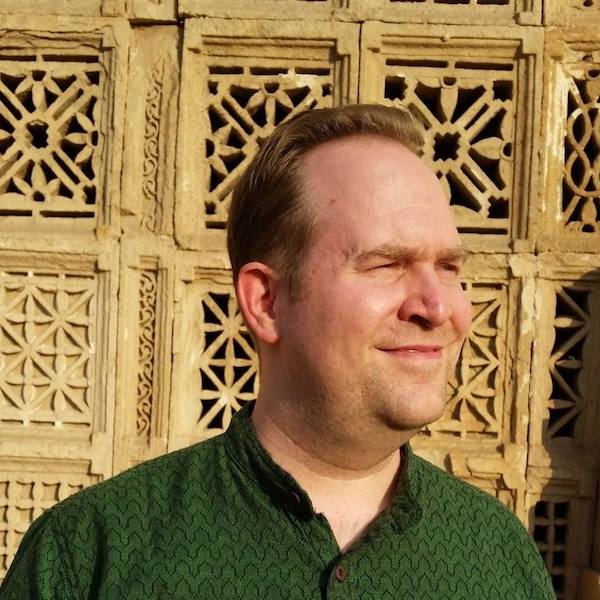 On September 4th 2018, Dr. Prof. Torsten Tschcher from Germany presented a wonderful lecture about ‘Early Quranic Tamil Translations’ in Rosa Muthiah Library, Chennai. His research about Islamic Science in Tamil and his knowledge in this subject is very in-depth and commendable.

Professor Torsten’s English, scholarly analysis and his story telling ability made this presentation very interesting to all those who listen which otherwise would have been insipid to non-academics.

When Tamil Quran translation is taken for discussion, it has been proven from Professor Torsten’s speech that the contribution and efforts of B. Dawood Shah in this field are unique and will certainly be part of the history. The challenges B. Dawood Shah went through in Singapore and the court proceedings against his opponents, his eventual victory over them are all well narrated by Torsten with appropriate documentary evidence.

I sincerely express my thanks to Mr. Kombai S. Anwar and Mr. Nadeem for sharing me with the details of this event and the video of the lecture.

Though Islam reached Tamil country even as it was spreading in the Arabian Peninsula, and the Muslim contribution to Tamil literature is quite significant, it was only in the early 20th Century that attempts to translate it into Tamil became successful. Despite Arabic not being accorded a divine status, people hesitated to translate. Or did they make attempts?

Perhaps it was the fear of losing the essence of the Divine text in translation. It was not as if no attempts were made. The earliest available material (there could have been much earlier ones but perhaps lost) indicate that the 17th Century Tamil mystic Thakkalai Peer Appa did render the first sura Al-Fathiha into Tamil prose in Nyyanapugazhchi. There were also attempts to translate / explain the holy text into Arabic Tamil (Tamil written in Arabic script), which was once widely prevalent among the Tamil Muslim community in places like Kayalpatnam. Interestingly it was mostly scholars from Thanjavur region which was foremost in reform and having a complete Tamil version. B. Dawood Shah from Nachiyar Koil followed in their footsteps, only to be vehemently criticized and branded as a Qadiyani meaning a follower of the Ahamadiya sect. He had to go through court cases in places as far as Singapore.

Whatever it may be, the time had come. The debates and counter debates about the need for translation and the translation itself is fascinating. Today there are so many Tamil translations of the Holy Koran available that, not many are aware of the situation a hundred years ago. Dr. Torsten Tschcher’s lecture on the “Early Quranic Tamil translations; Extraordinary translations and Loathsome commentaries” was a scholarly attempt and a fine one at that, which threw light on our understanding of the Tamil and Islamic cosmos.

Darul Islam and the Print culture

What is the Mushaf?