No Escape From Tests 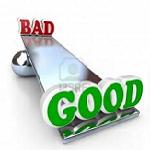 {jcomments off}There is no one in the world more idiotic than someone who wants Allah, Transcendent and Resplendent, to grant him all of his desires. If such were the case, then where would the tests come

from? No, by Allah! The opposite of what you want must be. Not being able to find answers sometimes must happen. Other times, enemies will be successful in bringing some harm to you.

As for one who wants constant security, and victory over those who are his enemies, and good health without tests, such a person has not known the meaning of responsibility nor understood the meaning of security.

So there must be good and bad. The good makes one grateful, and the bad moves you to ask Allah, to make du’a. And if your du’a is not answered when something bad happens, then it is only because Allah wants to complete the test, and He wants you to surrender to His will. And that is where true faith shines forth. For in surrendering to the will of Allah, the true essense of a man comes out.

Now, if one feels inside himself resistance to the Decree of Allah, this resistance reflects the weakness of the knowledge of that person. Excluded from this is someone who accepts the Divine Decree, yet dislikes the harm or sadness that has come to him, for dislking the harm and sadness is a part of human nature which cannot be avoided.

If one feels resistance toward the Decree of Allah, and goes beyond this and express objection to it with his tongue (such as one who says: “Why did Allah do this?”), then such a person is one of the ignorant – and we seek refuge in Allah from being amongst them.

Excerpt from Quarry of the Mind (Sayd Al-Khatir) by Ibn Al-Jawzi (b. 510H)