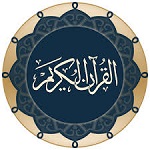 Tafseers by those that restrict their explanations to transmitting what was explained in the Quran or statements of Prophet (PBUH), his Companions and their students are tafseer bir-riwayah. While accepting authentic narrations unfounded interpretations, unnecessary explanations were avoided by the authors of these tafseers. They are not totally free of personal judgment and or opinion, but they were kept to a minimum.

Tafseers by authors who mostly rely on their personal opinions for explanations, interpretations and deductions are called tafseer bid-dirayah.

Besides the above two there are deviant tafseers from various movements, sects, and philosophical schools. For instance, Mu’tazili scholars interpreted the Qur’an in such a way as to support and defend their unique and unorthodox ideas which had never before been expressed by the early scholars among the Sahabah, the tabi’oon, or their students.

List of tafseers in a nutshell are listed below.