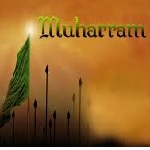 Muharram is one of the four sacred Months out of twelve. The other being Dhul-Qa’dah, Dhul-Hijjah,and Rajab. These four months have been sacred since the creation of universe – as told

by Allah Subhana Watala in the Quran. After Ramadan, fasting in the month of Muharram is most rewardable. Muharram is a sacred month NOT because the grandson of Prophet Muhammad (saw) was martyred in this month. It is sacred because Allah made it sacred along with three other months and told us about it in the Quran.

Facts about Ashurah – The 10th of Muharram

All of the above are misconceptions based on unauthentic traditions. This misconception can be easily removed by the fact that on the exact same day Husain (ra) was martyred, years ago Prophet Musa as and his followers were saved from Pharaoh, which is why Prophet Muhammad saw observed the fast on Ashura and ordered the Muslims to do the same. The day can not be lucky or unlucky at the same time.

Innovations and things to avoid in Muharram

All these are deviant practices which go against the basic teachings of Quran and Prophet Muhammad (saw) He said “”He is not from our group who slaps his checks, tears his clothes and cries in the manner of the people of jahiliyyah.” (Sahih Bukhari)

Sayyidna Husain ra before his demise advised his beloved sister Sayyidah Zainab, ra, not to mourn over his death in this manner. He said, “My dear sister! I swear upon you that in case I die you shall not tear your clothes, nor scratch your face, nor curse anyone for me or pray for your death.” (Al-Kamil, ibn Kathir vol. 4 pg. 24)

It is evident from this advice of Sayyidna Husain, Radi-Allahu anhu, that this type of mourning is condemned even by the blessed person for the memory of whom these mourning ceremonies are held. Every Muslim should avoid this practice and abide by the teachings of the Holy Prophet, Sall-Allahu alayhi wa sallam, and his beloved grand child Sayyidna Husain, Radi-Allahu anhu.

(From Albalagh by Mufti Taqi Usmani)

Ramadan – The Month of Quran

Virtues of the first ten days of Dhu’l-Hijjah

Virtues of the first ten days of...